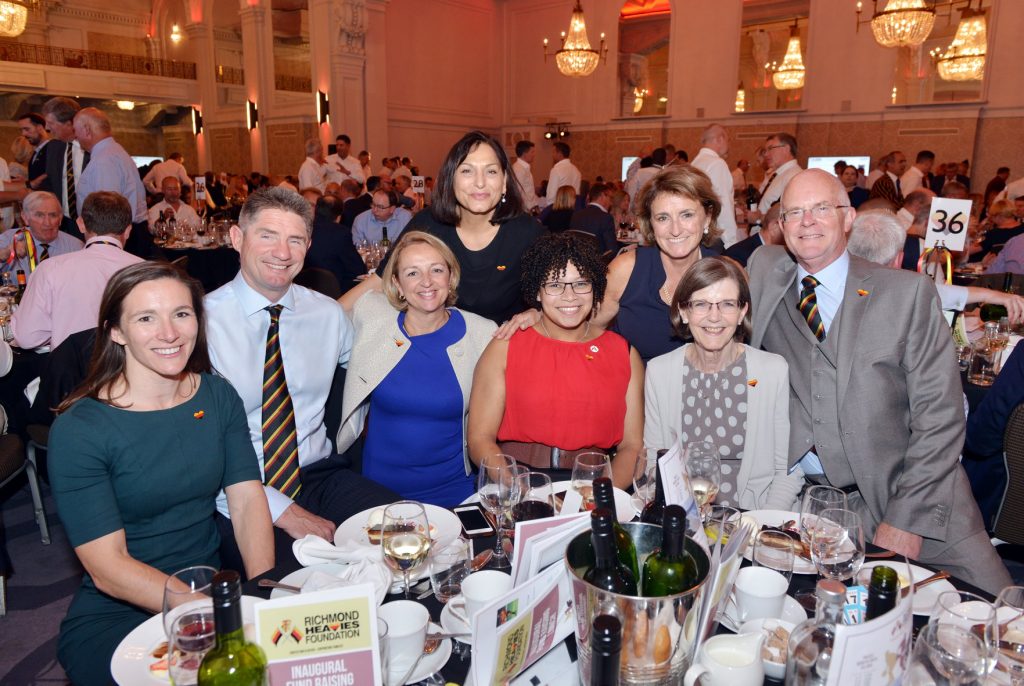 We held our inaugural fundraiser at the Grand Connaught Rooms in the heart of West End on Friday 12th October 2018. Massive thanks go to the 500 people who attended and made it to the right venue (as opposed to the people who made their way to the Connaught Hotel in Mayfair!)

We opened proceedings with a fantastically well-stocked drinks reception and our thanks go to Ian Grundy and Jim Kottler for organizing and the generous support of Fullers, Molson Coors and the D&D Group. Our very own Heavies ‘legends in their own lunchtimes’, Chris Mills and Addison Gelpey acted as MC and joint auctioneer and somehow managed to keep the event vaguely on track.

Lunch was spectacular and post-lunch our first speaker was Phil Tufnell who was in conversation with his former boss at Middlesex Cricket Club and former Heavy, Vinny Codrington. Phil’s opening line certainly grabbed the audience’s attention “the first time I met Vinny was when he f**king sacked me after 17 years at Middlesex CC!”. We also had a fantastic panel of speakers in Lee Mears, the former England international and British Lion ,who was forced to retire following the detection of a heart condition and Michael Lynagh, the former World Cup winner from Australia and Richmond minis dad, who had a near fatal stroke in 2012 but has since made a full recovery. They both told their emotional personal stories and did a Q&A facilitated by another Richmond minis dad, Owen Slot, the chief rugby correspondent of The Times.

Despite not being to understand a word the auctioneers said, people happily bid for some of the spectacular auction prizes on offer in the live auction and overcame the MENSA challenge of working the tablet technology to bid for the numerous prizes available in the silent auction. We were blown away by people’s generosity and overall we raised over £100,000 to get the Foundation off to a cracking start.

Keen to extend what had been an emotional and fun afternoon, several hundred of our guests made the long trip to our after-party (the bar was underneath the Grand Connaught Rooms!). However, despite its proximity, many disappeared into the night…

Overall, it was a spectacular success – good fun, good speakers and good value – and our thanks go to all those involved in its organisation.

You can re-live the Lunch – or simply remind yourself who you had lunch with – courtesy of the almost 200 photos available on our Facebook page.